Medieval Period with Prayer and Salvation 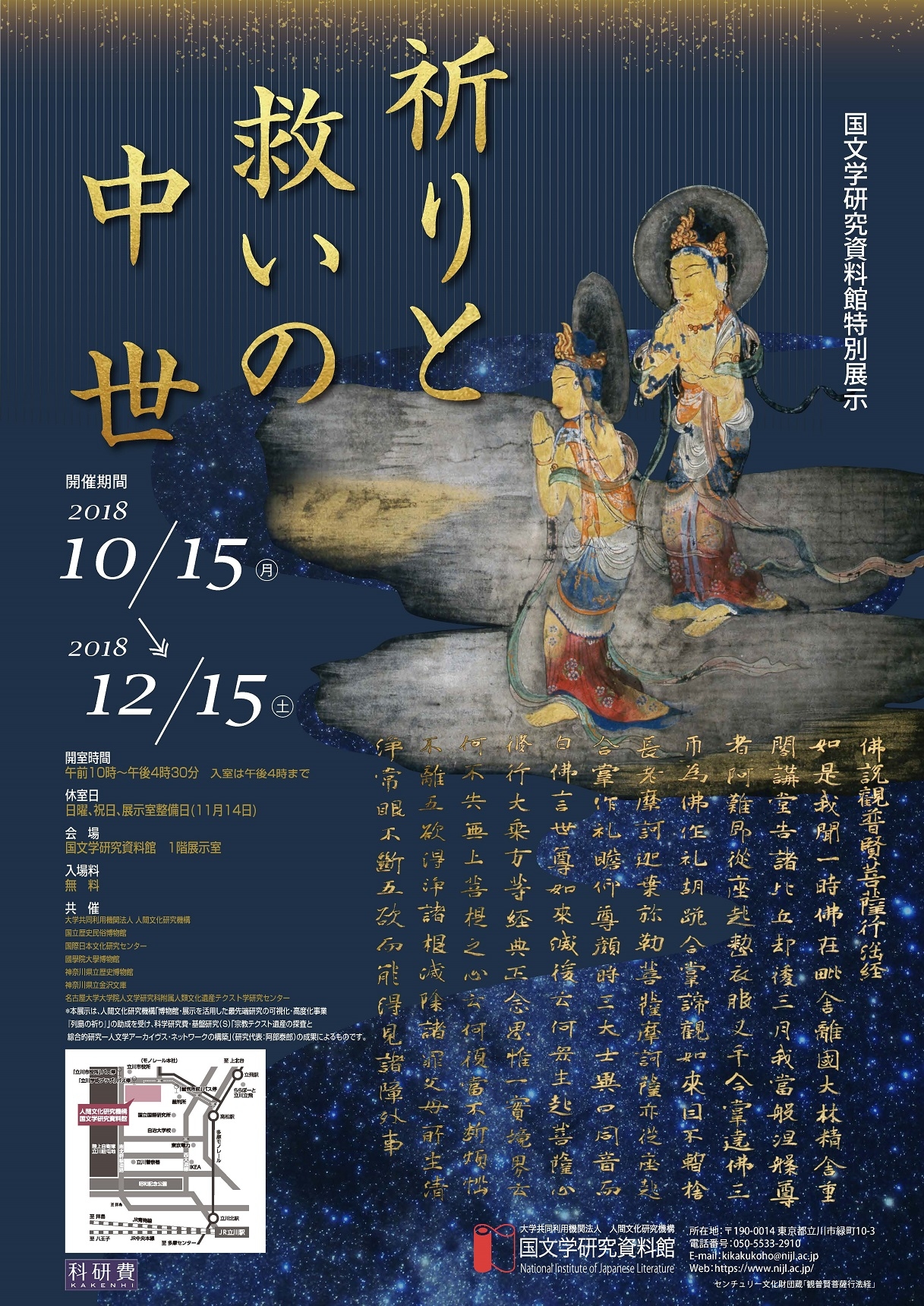 Buddhism originally coming from foreign country became established in Japan as national religion by connecting to the royal authority in ancient times and has been handed down, and it was expanded among common people in the medieval period, which led to creation of diversified religious belief types. In order especially to expand it in common people and women, a technique called Sepposhodo （preaching Buddhism）was used to conduct missionary activities starting from Agui, which is worthy of note in the history of religious culture. Missionary activities became more visible, and therefore, pictures and performing arts were developed, which has significantly influenced subsequent Japanese culture. In this exhibition, the aspect of missionary activities and their literary development in Japanese medieval belief, especially classical books, will be shown.
This exhibition will be held as part of "Project of Visualizing and Sophisticating Cutting-Edge Study through Utilization of Museums and Exhibitions" of the Inter-University Research Institute Corporation, National Institutes for the Humanities.